Waterways, both man-made and naturally occurring, play an important role for people and the planet. Whether it be a streambed that provides a biodiverse aquatic habitat, or aqueducts that carry fresh water to cities in need, these waterways must be protected. Sometimes, these invaluable waterways become compromised, and it takes skilled professionals to safely restore them. RTEC has been honored to work with the National Park Service to restore several compromised streambeds over the years! Recently, we successfully removed debris from aqueducts in the Chesapeake and Ohio (C&O) Canal in Maryland to improve the aesthetic and functionality of the sites.

An aqueduct is an artificial channel used to move water across land. We typically see them in the form of bridges over valleys. Aqueducts were engineered by early civilizations in India and Egypt, then were improved on by the Romans. The rounded arcs seen on some of the C&O Canal aqueducts are a signature feature of Roman designs. Aqueducts were a catalyst for city development and revolutionized sanitation standards in ancient civilizations. Aqueducts are still used to transport water over long distances. In California, aqueducts bring water from ample sources to cities and farms in drought-stricken areas. At the C&O Canal, the aqueducts now serve as important historical and recreational sites.

RTEC’s Work on the C&O Canal

The Chesapeake and Ohio Canal, is a historic waterway that runs 184.5 miles from Georgetown, District of Columbia all the way to Cumberland, Maryland. Along the canal are 11 aqueducts that carry the canal over tributaries that connect to the Potomac River. RTEC Treecare has completed a few restoration projects on these aqueducts, which become compromised by debris build-up along the streams that run beneath the canals.

The Monocacy Aqueduct is the largest watershed (by volume) of the eleven aqueducts, which date as far back as the early 19th century. Accumulation of debris resulted in a logjam that blocked clearance to up-stream bridges and obstructed waterflow. Our crew moved over 10,00 yards of debris from the stream bed, which relieved the pressure pressed against the aqueduct.

The Catoctin Aqueduct has had a rough history. As a matter of fact, after the national park was established in 1973 the aqueduct collapsed. It took over 35 years to reconstruct the aqueduct. This aqueduct base became backed up because of its focused waterflow and damaged stream beds. Luckily, this wasn’t RTEC’s first time handling a complex debris removal, so our team was armed with the tools and knowledge necessary for success! Below are some photos that show the hard work our crew put in! The process was slow and steady, prioritizing the safety of our crew while ensuring the preservation of the streambed.

Importance of Clearing the Aqueducts

Aqueducts, as well as the streams they cross, are crucial to our society. The environment suffers when the streams do not flow properly. Clogged streambeds create a dangerous environment by raising water levels. 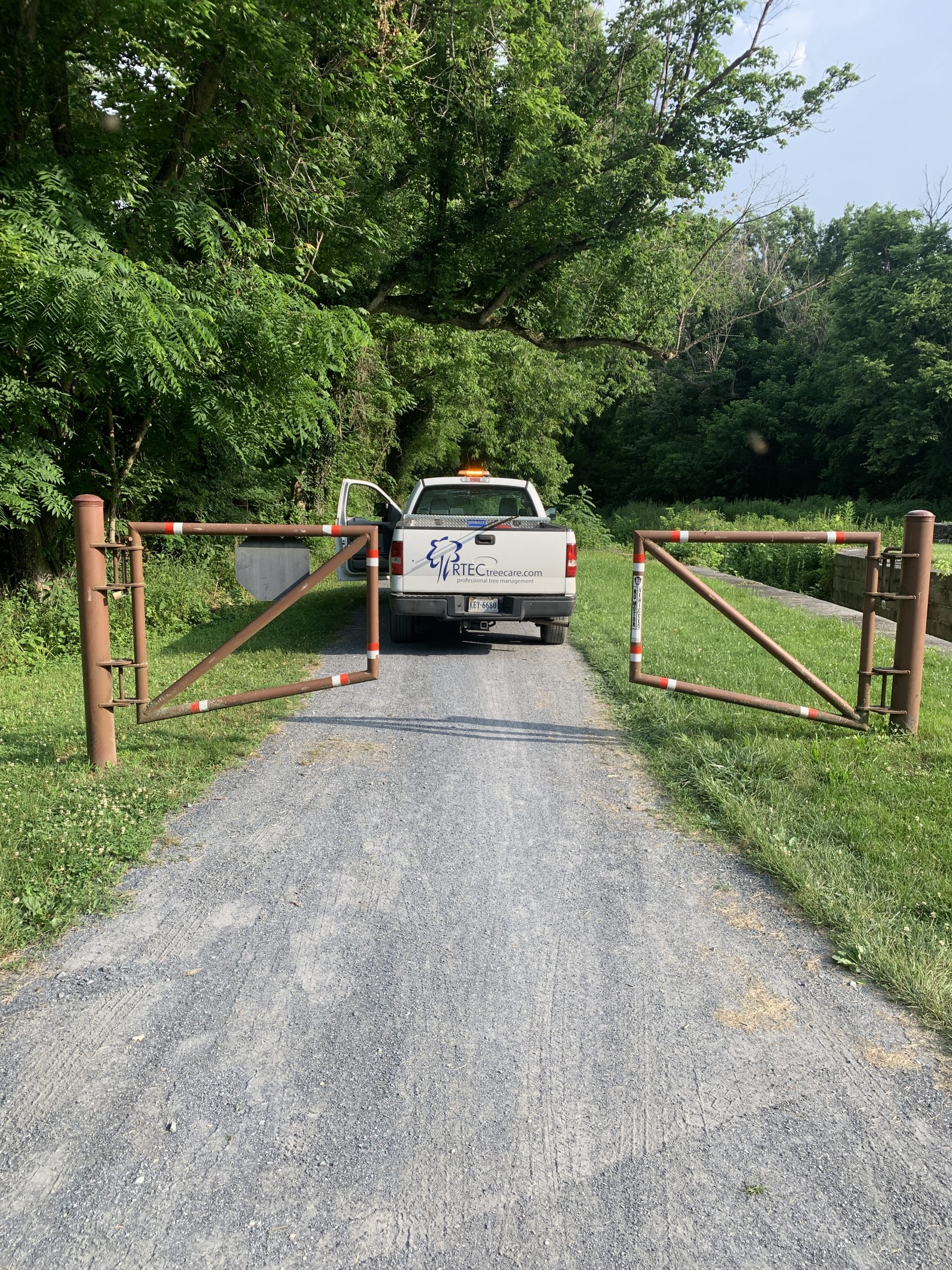