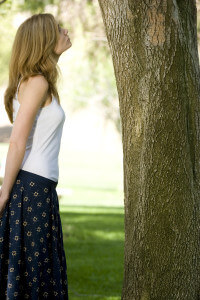 Everyone has heard the saying “an apple a day keeps the doctor away”. Well, what about “trees in view make a better you.” A new study is suggesting that people who live around trees tend to be healthier than those who do not. The Huffington Post wrote an article on the study’s hypothesized link between trees and human health.

The study that took place from 1990 to 2012 was created to test whether change in the environment influenced mortality specifically relating to cardiovascular and lower respiratory diseases. The change in environment was attributed to the invasive pest, the emerald ash borer which is responsible for the loss of 100 million trees. The emerald ash borer came to the U.S. from East Asia and kills almost every ash tree it infests. Geoffrey Donovan, research forester at the U.S. Forest Service, discussed with PBS NewsHour the scientific validity of the research findings.

The results showed a correlation between the disappearances of trees in an area to an increase in the mortality rate. Researchers concluded that as more evidence materializes, the results will stress the importance of trees in their relation to public health benefits. Donovan explains how the study took many outside factors into account and answered questions from skeptics in his PBS interview.